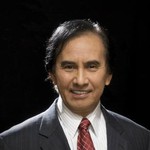 Dr. Marasigan has taught in multiple countries in three levels of education: high school, undergraduate, and graduate school. Outside his teaching duties, Dr. Marasigan has worked in the fields of industry and government. After teaching for many years at Kwantlen Polytechnic University (KPU), Dr. Marasigan accepted a position teaching Psychology at Corpus with the goal of inspiring students to apply the discipline learned in statistics beyond the classroom into their life as professionals and socially conscious persons.

In his free time, Dr. Marasigan enjoys spending time with his wife traveling the world and cooking for his family, especially his two little granddaughters. He is also an avid writer and his young adult debut novel will be published as two volumes by the end of 2019.

Communications Within a Post-secondary Institution: Analysis and Recommendations (presented and published at the International Congress of Psychology, Berlin, Germany, Summer 2008)

Revision of the Licensing Examination for Marriage, Family, and Child Counselors, State of California, 1987