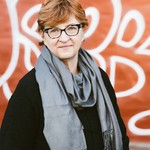 Frances Bula has been a working journalist since 1983, starting at a small newspaper in the town of Creston, B.C. She spent 20 years at the Vancouver Sun as the education, social-issues, and city-hall reporter. She has been a regular contributor to the Globe and Mail since 2008, covering urban issues and city politics. She has also been a freelancer for BCBusiness magazine and a columnist with Vancouver magazine.

She has won numerous journalism awards and fellowships, including the one-year Atkinson Public Policy Fellowship in 1999 to study homelessness and housing around the world.

She got into journalism after getting an Honours degree in French literature from the University of B.C. and several years working as a commercial fisherman on the B.C. coast. She also has a master's degree in communications from Simon Fraser University.

She has been a journalism instructor at different institutions since 1995, including Kwantlen Polytechnic University, Langara College, and the University of B.C.

Her favourite part about teaching: "The students! They open my world every year to new ways of seeing and new connections to communities that they know better than I do."