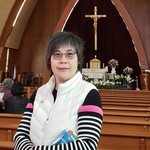 Dr. Lee has been a faculty member for more than 30 years. She was with the Beedie School of Business at Simon Fraser University before joining the College. When Dr Lee was with the City University of Hong Kong, her teaching and research interests were in labour markets, employment policies and public management.

Grace O M Lee and Malcolm Warner, "The impact of SARS on China's human resources: implications for the labour market and level of unemployment in the service sector in Beijing, Guangzhou and Shanghai," International Journal of Human Resource Management, 17: 5 May 2006: 860-880.