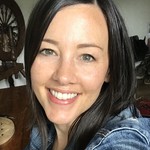 Judith Scholes comes to St Mark’s and Corpus Christi Colleges from the University of British Columbia, where she taught as a sessional lecturer in the Department of English Language and Literatures, as well as in Arts Studies in Research and Writing. She holds a PhD in English from UBC, and specializes in nineteenth-century American print culture, women’s poetry and editing, and Emily Dickinson.

As anyone who has taken a course with her can attest, Dr. Scholes loves thinking about context, bringing into her classroom the eclectic historical, cultural, and rhetorical worlds in which literature was produced and read. She is currently teaching academic writing, introduction to literary genres, and American literature at Corpus Christi College, where she helps students identify and develop their creative and critical inquiries.

Dr. Scholes is currently completing a book that examines the rhetoric of women’s poetry as it emerged in mid nineteenth century American periodicals, and shaped Emily Dickinson’s understanding and representation of herself as a poet.

She is also pursuing a new book-length project that investigates the existence and rhetoric of women’s editorial work at U.S. daily newspapers during the first 70 years (~1830-1900) of women’s presence in newsrooms.

“‘My business is to love’: Address and Affect in Emily Dickinson’s Circulated Poems.” The Handbook of Emily Dickinson, edited by Cristanne Miller and Karen Sánchez-Eppler, Oxford UP, forthcoming Fall 2020.